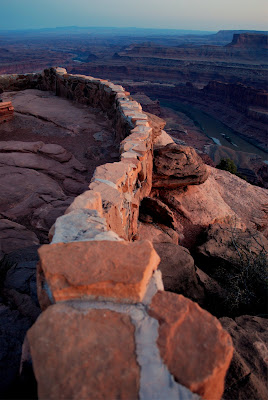 Sitting atop the rock monolith at cliff’s edge afforded breathtaking vistas at sunset and a strange calmness of the wind. The meandering Colorado River below has done a spectacular job carving such a sculpture in the earth. I had never realized the depth of these canyons until now. 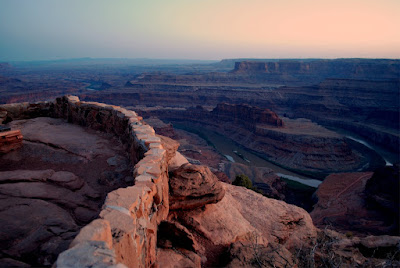 Dead Horse Point- Named for just that. Bandits in the 19th century used the natural sky island to corral stolen horses. Surrounded by sheer cliffs of several thousand feet, except for a narrow land bridge leading to the point, many horses jumped to their deaths to escape starvation. 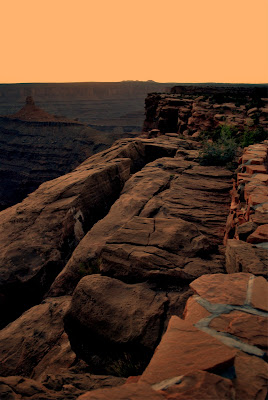 We had missed the sunset given our miscalculation of time and distance, possibly enjoying a slice or two more of pizza than needed in Moab before making the evening trip. 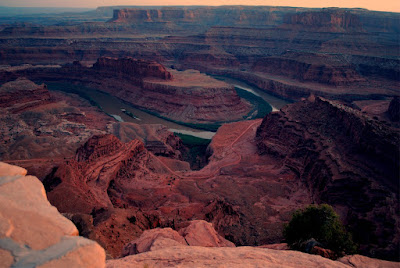 Dusk still provided some serene images and a surprise concert. 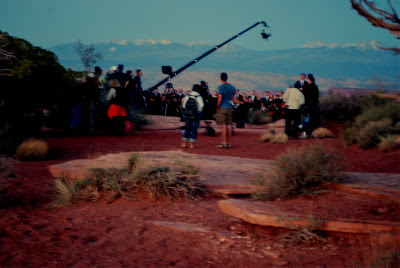 The silence was broken by a choir and symphony of song from a group performing before cameras and crew. Loose stragglers were lucky enough to enjoy the music paired with such a background. It was bizarre to see such a spectacle in the wild. 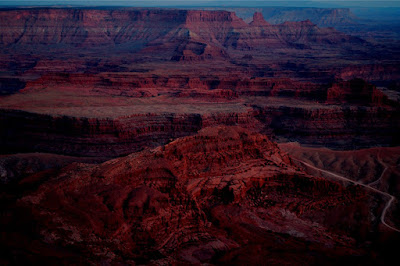