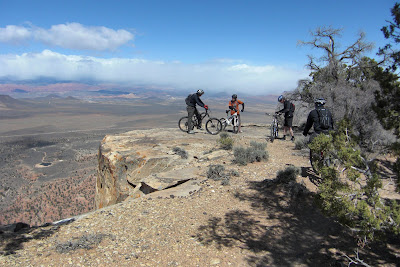 A return to the pleasures of human powered exploration and renewal of a long lost passion for mountain biking. 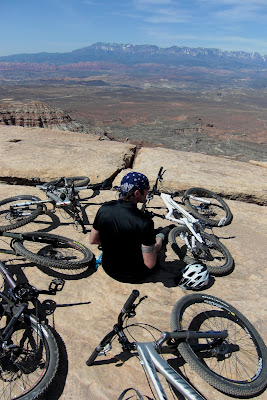 “The Point”- With Zion providing trail vistas to the east, it was easy to turn a two minute break into twenty. Here the trail comes to what seems like the edge of the world providing a vantage that puts the rider in perspective. 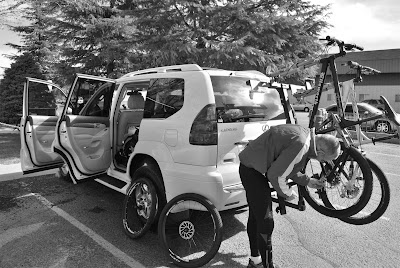 In attempt to eliminate any margin of mechanical error, Hayostek cleans his rotors with alcohol. I chose to leave the dust on mine as a sacrifice to the gravity gods.

“Vista at Little Creek”- The first grand view from the trails on Day 1. The winds were blowing hard enough at the cliff’s edge that jumps resulted in riders blown off course during flight- landings were unpredictable. Rounding a corner that clung to the sheer cliff a gust caught me and knocked me off the bike. I laughed inside at nature’s fury over my feeble existence; my luck had it the winds were blowing inland from the edge. Pictured above: One of our group stands at the edge while a snow flurry moves down the distant mountainside. 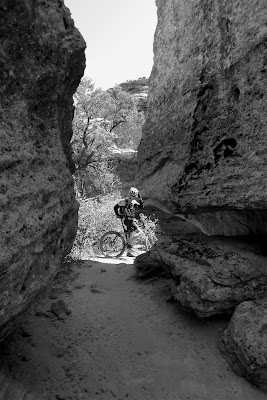 On the “Hidden Trail”- Hayostek waits. Shortly after this picture was taken I went over the bars and took a good hit to the head. Content with three days of incredible trail riding I took it easy the trip back to the truck and called it a day. I found a video of a rider pitching at the same spot - Here - Believe it or not he’s riding the same bike as me. Among Specialized Epic riders, is this a coincidence or conspiracy? I choose the latter out of self respect. 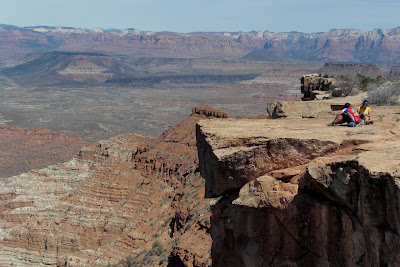 A couple I later met as the owners of the Earthroamer we saw near the Gooseberry Trailhead. Before this shot they had passed us with ease; the next day they passed us again. 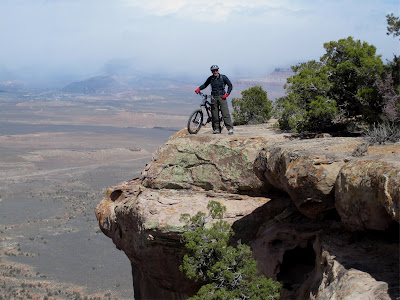 “Tom”- He was lead most every mile of the rides- balancing on rocks, riding wheelies and quiet. The only time I really saw him was when we would break- he would be playing around in the rocks. I rode up on him next to a cliff while he rode a wheelie for the camera; that about summed up his persona. His ambition for height related thrills may have come from the fact he was a crane operator. 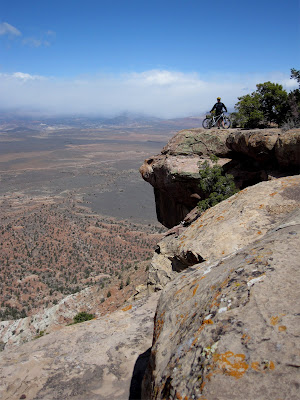 “Jake”- I have come a long way since all but haven given up the sport 4 years ago suddenly after a decade racing. In January Hayostek convinced me to start again after the long absence. I have returned to my roots of off-road travel. Stay tuned as I tell my story from the beginnings: a decade’s long passion for cycling suddenly ended by misfortune. – The misfortune that led me to vehicle exploration.
Now, A renewal of a long lost passion… 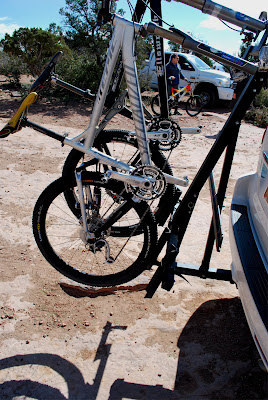 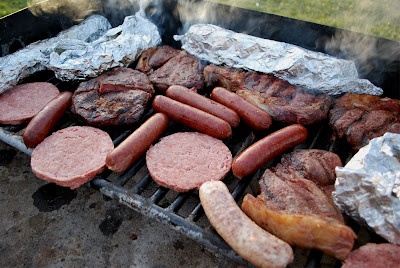 “Meat on Fire”- The most important food group represented atop a smoky grill; reward for a long day’s ride. -I’m still surprised we were all able to ride the next morning.
Until next year’s Utah riding trip- Happy Trails.
YouTube Gooseberry Mesa POV Video by BobTWB
TopoMap Gooseberry Mesa Trails
-Thanks to Hayostek for providing me with many of the trail shots as proof of the adventure.
Email Post