On the Ridges of Foster Canyon: Dog and Man Hike the Hills 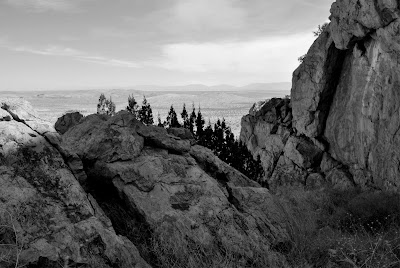 Between Foster and Broad Canyons lay a weathered grouping of gullies and ridges that remain untouched and primitive. Rock formations that had previously caught my eye while trail gunning were today’s destination. With no trail or roads leading to the monolith, Guy and I hiked across the hillsides and canyon bottoms for the better part of an hour. The canyon bottoms lay remnants of spectacular flash floods that had moved car sized boulders over waterfalls and scoured once ragged rapids into smooth spillways. 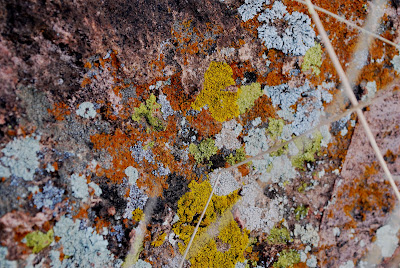 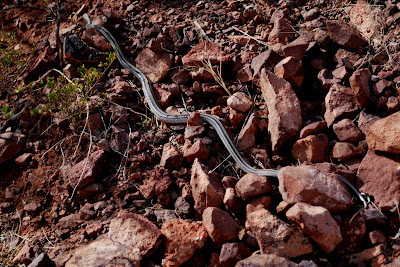 Sprawled across the warm rocks, it was the first snake of the season. It shot into the brush in an instant. I had never seen anything besides rattlesnakes in previous encounters, Guy seemed equally impressed. I’m always paranoid that he’s going to get bit; in reality his lumbering owner is more likely to get a strike. 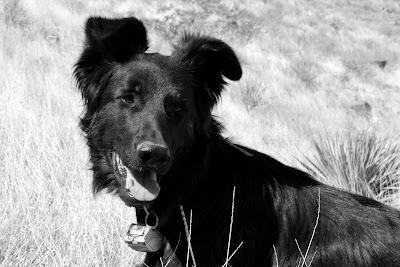 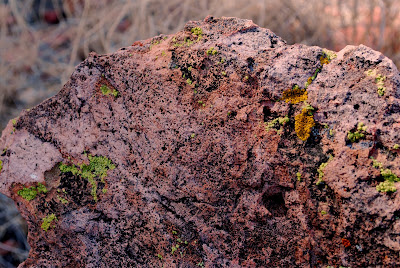 A cove for various creatures was provided where the grassy slopes met the vertical walls. The grass here was bedded down in areas where oak trees provided shelter. Guy was in a frenzy burying his nose into the tufts and burrowing into the granite crevices. 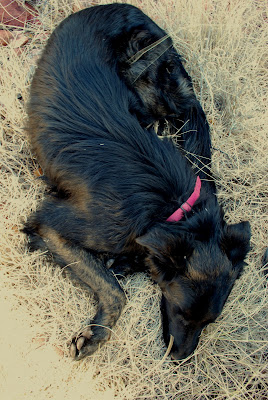 Satisfied with his exploration, Guy nodded off. 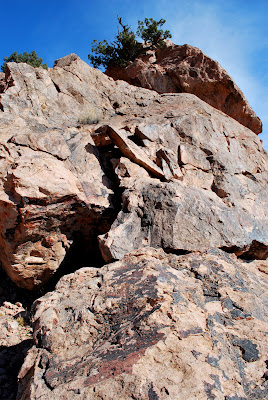 I could have lay there all day listening to the grass and watching the clouds, I was quite relaxed. The wind was beginning to pick up and dust was making its way into the sky; a warning that things would soon get ugly. We set back for the truck. 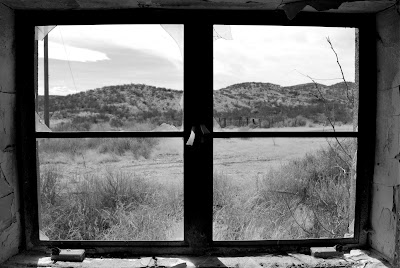 Abandoned Building off HWY 185- Vandals had got the best of the place. 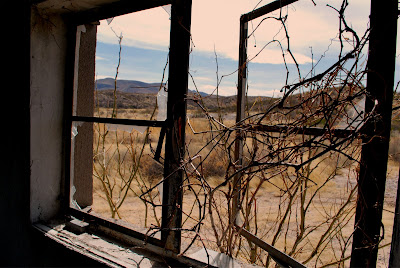 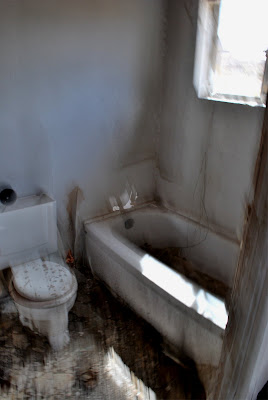 The bathroom looked like a horror movie set,
an unsteady shot seemed to heighten the scene. 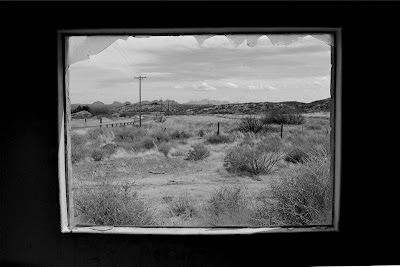 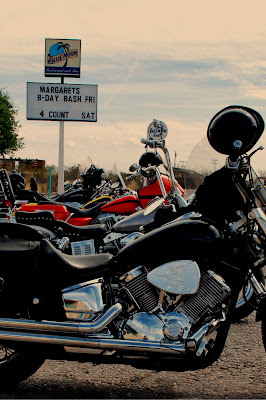 The Weekend Warriors of HWY 185 hunkered down at the Blue Moon Bar in Radium Springs. The winds probably kept them there to 'til better part of the evening... cheap beer always helps the situation.
Email Post